Voices from overseas: the interview with Elizabeth Valencia-Foronda

Elizabeth Valencia-Foronda is Operations Coordinator at Mentors4u Colombia and Social Impact Analyst at Creci, but also a Mentee of Mentors4u Colombia – 2018 Cohort.
She started her path of service and leadership at the age of 14 years at the YMCA Foundation where she found her purpose and big passion to support and help to increase the impact of projects and organizations of the social, education, art and cultural sector.
We asked her a few questions about the current situation in Colombia and what it means to be a student in this period. It is an extremely tense period everywhere in the world, but especially in Colombia. How would you describe what is happening there to those who are not familiar with the situation? What is the impact that the pandemic and the recent protests have had on the life of a student? and how the approach to university life has changed with respect to 2019?
Thousands of red handkerchiefs in the windows of houses at the beginning of the pandemic were the way for families to ask for financial help, many of them informal workers or workers fired due to staffing cuts. So far, since the beginning of the pandemic, more than 102,000 children and teenagers have dropped out of school and university dropout rate went up to almost 50%. Furthermore, this situation has skyrocketed youth unemployment rate which went from 19,3% in 2019 to 23.9% so far, which represents 1.6 million people as of March 2021. From this figure, an important concern is the rate of unemployed young women which stands at
31.3% - almost twice that of men (18,5%).
In addition to these situations in cities, a large number of young people in rural areas without connectivity access have not had the possibility to finish their studies, and for many of those who did have the possibility, virtual classes have been extremely burdensome... so impersonal, they only see their teacher and circles of colors on the screen. This adds to the difficult family situations and the unemployment of their parents that are informal workers that were affected by the pandemic or who were fired from their companies because of staff cuts. The lack of a hopeful future forced them to go out to streets, to work as streetworkers or to protest.
While biosecurity measures continue and the access to vaccinations is still reserved to the high risk population, since April 28 several sectors and especially thousands of youths took to the streets in the capital cities where the unemployment rate and social gaps are highest, as a response to the tax and health reform project of the current government. One of these cities is Medellin, the city where I was born and live. In my city, most of the marches have been peaceful but the excess use of force by the anti-rioting police, and a few vandals has been clear, that is the opportunity that the government takes to de-legitimize what citizens are asking for: true leaders who listen the country, who do not turn their backs on us; at the root of this chaos there is a desire for empathy, compassion and coherence with the realities that we are facing.

Everywhere we talk about a New Normal, but what kind of normality does Colombia hope to return to?
The pandemic has been an x-ray of the social gaps that we face and of the things that have been normalized In Colombia: Upper classes have preferential access to decision-making roles in companies and government, quality education is a privilege of a minority, and most of the youth from lower and middle-lower class graduated from public education, have less access to opportunities and sociocultural capital than the ones who graduate from elite universities. I think most of the country does not want to return to normality, but create a new one with more equity and humanity.

Words of hope, voices from the frontline: one thought that you would like to share with the M4U Community?
I could be part of the 31% of unemployed young women, but my story has been different and an important reason for this is Mentors4u.
I grew up in a middle-class family, my dad didn’t have access to university because his only option - coming from a lower-class family - was public education and he didn’t obtain the required score in the admission exams to a competitive public college. My mom only completed elementary school. However, talented and self-taught, they decided to start their own business before I was born. When I was 14 years-old, due to the lack of financial education, my parents went bankrupt. From that moment I knew that the only way to access college - which was my dream since I was a child - was to earn a scholarship. Being accepted at a public University became my goal for the next few years.
In 2015 I got the second best score in the standardized national exams among the students in my high school and I was awarded a full tuition government scholarship, known as “Ser Pilo Paga''. This scholarship was given to the students with the best scores in Colombia, who came from families from lower socio-economic income. This opportunity allowed me to choose from any university I wanted in my country. I also was the only one of my school class admitted to the Universidad Nacional, one of the best 2 universities in my country and the best public institution. I am part of the minority of my school class that attended higher education and I am part of the even more reduced group that was able to graduate without having to interrupt our studies. However, thriving in my university and later as a professional would not have been possible, or at least it would have been way harder without being a mentee of Mentors4u.
My mentors and the curriculum of the program gave me the confidence and the socio-cultural capital that I needed to start applying and being part of several other professional and personal development scenarios that has allowed me to continue to work on my big passion: to help organizations and projects in the social, educational, and cultural sector to increase their impact and reduce social gaps; all these things have allowed me to work for organizations that I dreamed of. Currently, I have the option to choose where I want to work. I am now the Operations Coordinator for Mentors4u Colombia and Social Impact Analyst at a Fintech startup called Creci.

How does Mentoring help students in this difficult period? How are your M4U activities progressing? Have you undertaken any particular initiatives in this last year?
During the past few months we ran three mentoring programs: The “Career Accelerator for Diverse Talent”, in partnership with McKinsey & Co, the “Mentoring Program for Colombian Applicants to Harvard University” in partnership with Harvard University’s Colombian Student Society, and a socio-emotional mentoring program carried out in 6 Public Schools from Bogotá, our first mentorship program for high school students.
These opportunities have given me great hope that in Mentors4u, we are contributing to the reduction of social gaps, the unemployment gaps, the gender gaps and the youth employment gaps people that have increased during the pandemic, as well as increasing the access to quality education and opportunities for talented youth from mid-size cities, non-elite universities and low-income / first-generation professionals.

Entering the job market: what is different and how are newly graduates adapting to the new Challenges?
In the current situation, the challenge for this generation is big. Right now there are a lot of talented youth that have the capacity to work for companies that need new talent, but some of these opportunities are shared in close circles, and some of them end up taking lower salaries in jobs where their potential is not maximized.
A good example of a company that is willing to do this is Creci, a Fintech startup that connects impact investors with startups in Latin America, in which one of the main goals is to have socioeconomic and racial diversity within its staff members. I think we need more leaders willing to make their organizations great places to work for non-traditional talent, and mentoring is a great tool to do this because it acts as a beacon that allows us to follow a path delimited by our dreams and capacities, not by the place where we came from. 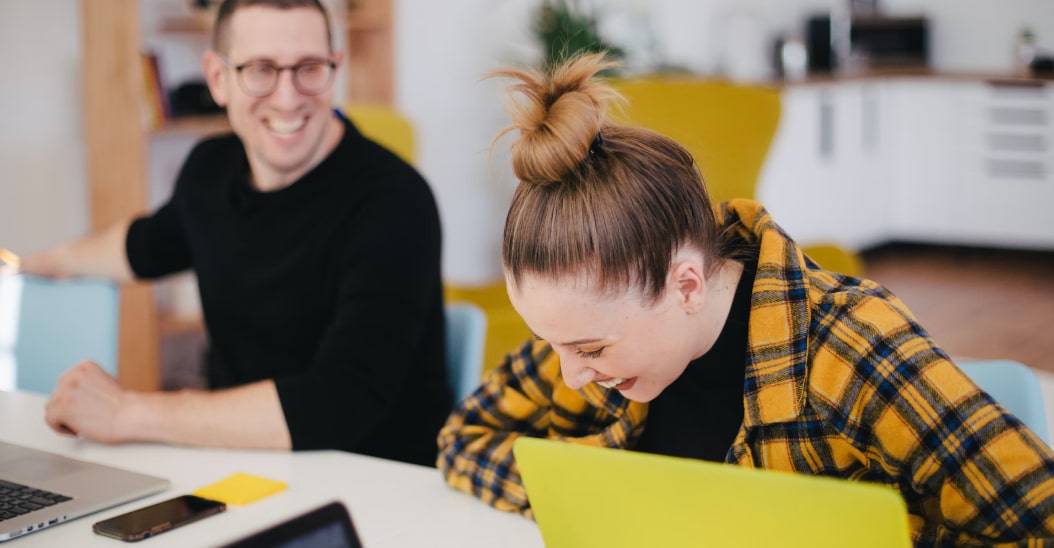